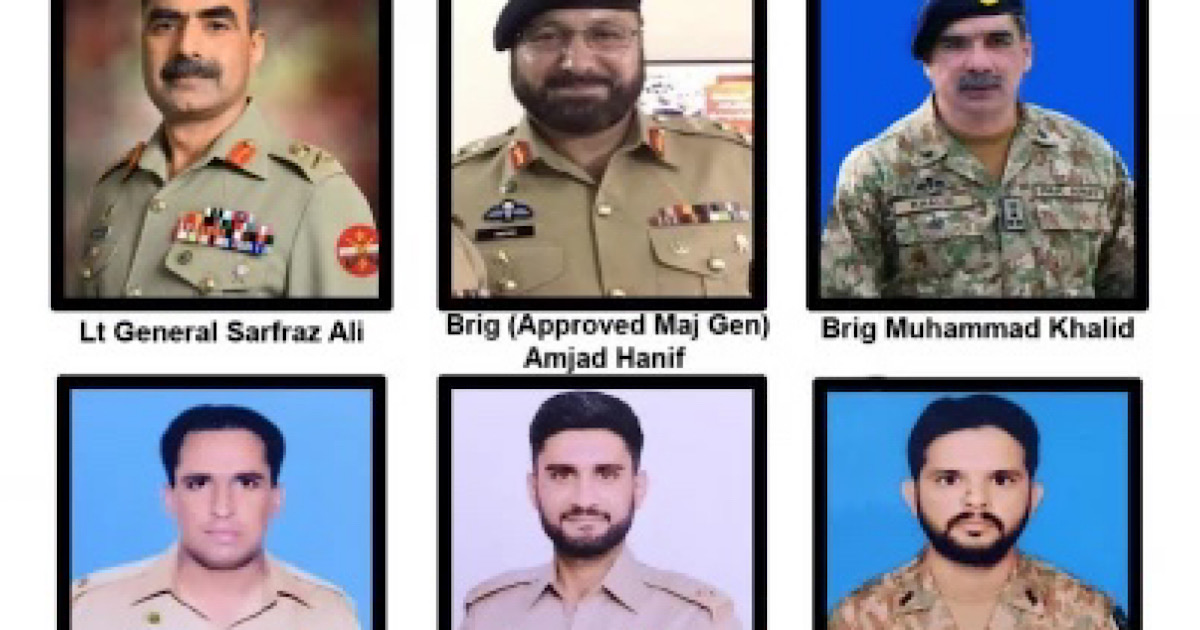 The Interior Minister has decided to take action against those involved in the hateful social media campaign following the helicopter crash in Balochistan.

A six members committee, comprising four FIA and one each from IB and ISI officials,  has been constituted in this regard.

According to a notification, Lieutenant Colonel of Inter Service Intelligence (ISI) and Deputy Director of Intelligence Bureau (IB) will be part of the joint inquiry team. 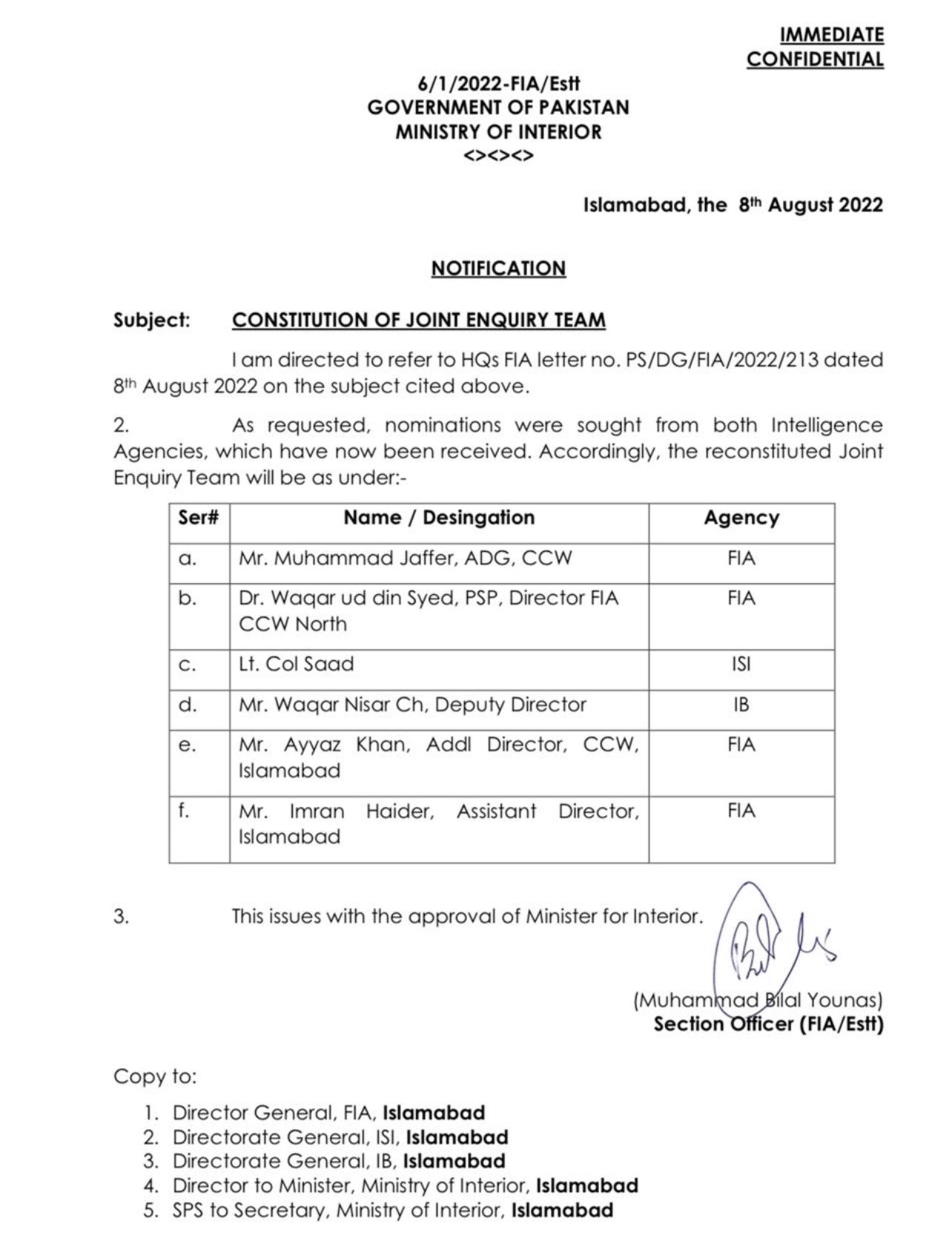 It should be recalled that following the helicopter crash in Balochistan, a hateful social media campaign had been launched against the martyrs. Inter Services Public Relations (ISPR) had earlier condemned the campaign.

In a statement, military’s media wing said that the “regretful social media campaign after the unfortunate helicopter crash on August 1 has caused deep anguish and distress among Shuhada families and rank and file of the armed forces.”