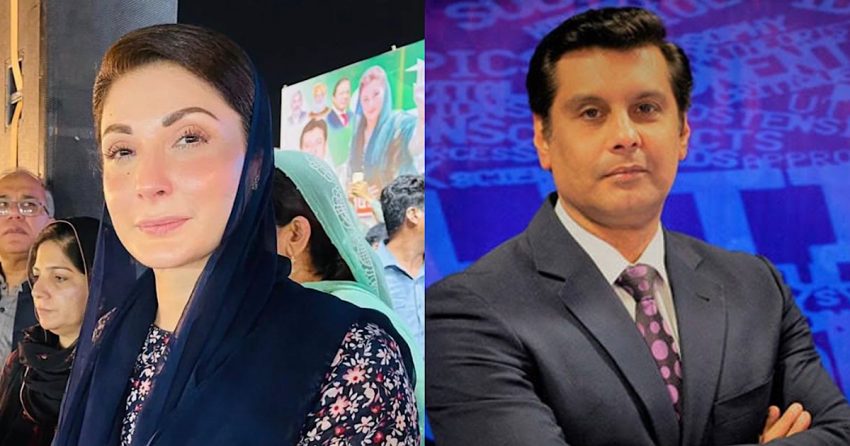 The daughter of PML N supremo Nawaz Sharif retweeted a tweet with a picture of coffin of the slain journalist.

The tweet claimed that Arshad Sharif mocked the death and illness of others, including Kulsoom Nawaz.

Replying to the tweet, Maryam Nawaz said that she doesn’t feel good retweeting the tweet. However, she added that its a “lesson for the mankind that we must all imbibe.”

I don’t feel good RTing this but this is a lesson for the mankind that we must all imbibe. https://t.co/XIfZA3N5Hr

The tweet soon got plenty of criticism with most of the users asking the PML N vice president to delete her tweet. Activist and member of the Haqooq-e-Khalq Movement, Ammar Ali Jan, said that ‘Maryam Nawaz continues to prove herself unfit for public office.’

Mocking someone's family after a violent death is shameful. By displaying such deep-seated feelings of resentment and vendetta against opponents, Maryam Nawaz continues to prove herself unfit for public office.

I could never have imagined this from you. Arshad had never used derogatory words against Begum Kulsoom Nawaz after her death. Falling to this level is the basic difference between sane people and lowlifes. Alas! https://t.co/btSYX7HCDX

“Disgusted by your response to say the least,” wrote Absa Komal.

Disgusted by your response to say the least. https://t.co/1Wo9L9EkCC

Inhumane, heartless and unbelievable to see this at a very tragic incident. I hope it will be deleted soon. Rehm kijiey pls! https://t.co/fSpmEaKk2T

Not in the good taste at all, please delete. Thanks https://t.co/ZWtPMu5lso

“Millions of Pakistanis are in pain, and your tweet is deeply hurtful, very offensive, utterly distasteful,” wrote Mehr Tarar.

Delete your tweet. Millions of Pakistanis are in pain, and your tweet is deeply hurtful, very offensive, utterly distasteful. https://t.co/T0RZ1oyckm pic.twitter.com/Ss2mL552AA

You are the worst excuse of a human being. You remind me of Hind bint Utba the one who ate liver for vengeance. You disgusting woman. https://t.co/3ovytfkG96