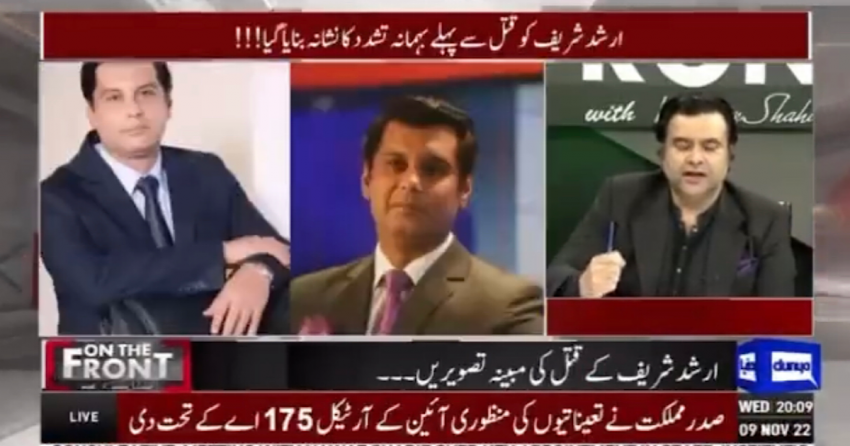 According to Kamran Shahid, the Kenyan police is lying as it wasn’t a case of mistaken identity but a targeted killing.

He revealed that Arshad Sharif was tortured for three hours.

“Arshad Sharif was shot from the back in close range, his ribs were broken, his nails were removed from his three fingers and his two fingers were fractured,” the journalist revealed in his show.

Shahid made big claim about a person named Khurram, who according to him, was a witness to the entire torture.

He added that Arshad Sharif left the firing range in a pleasant mood with Khurram.