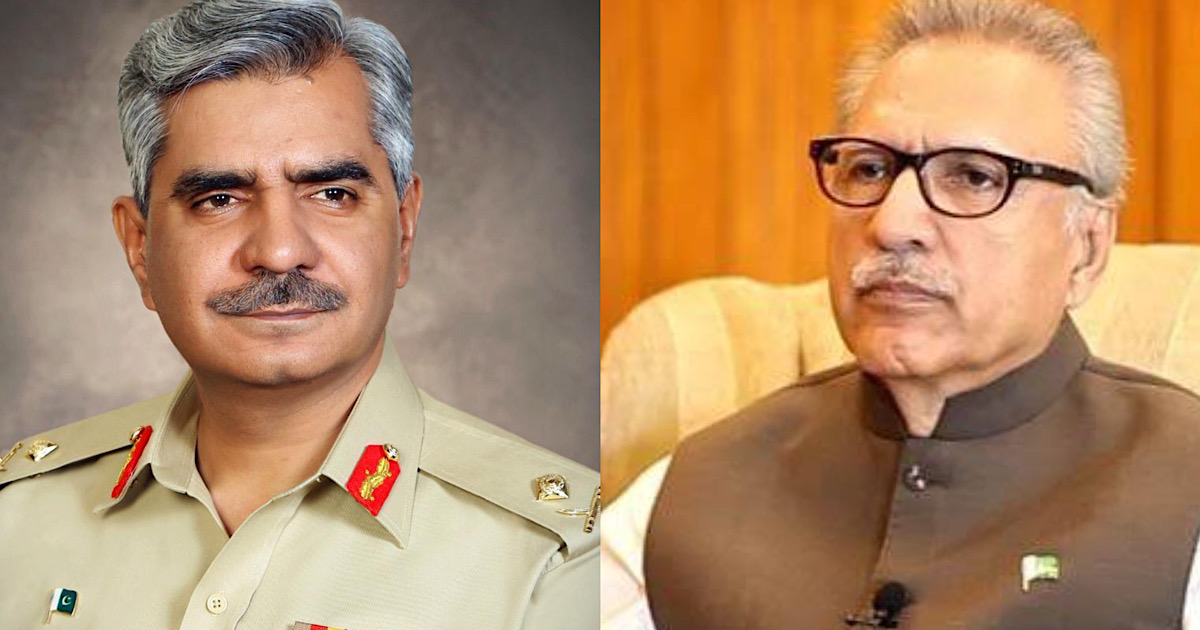 The funeral prayers of those martyred in crash, including Lt Gen Sarfraz Ali, was attended by top official including COAS General Qamar Javed Bajwa.

However, President Arif Alvi’s absence at the funeral had raised some eyebrows.

Later, it was reported that President Arif Alvi was stopped by the martyrs’ families due to the hateful social media campaign.

Last night, ISPR took strong notice of the social media campaign. In a statement, the military’s media wing expressed its disappointment over the ‘regretful social media campaign’ which has ’caused deep anguish and distress among Shuhada families and rank and file of the armed forces’.

The ‘derogatory comments on social media’ were termed ‘unacceptable and highly condemnable’ by the ISPR. Later, Major Babar Iftikhar also talked to a private TV channel about the same.

He was asked about the media reports, which stated that President Alvi was stopped from attending the funeral of martyred army officers by the victim families

He wrote that this left a bad taste, adding that it could and should have been handled in a much more dignified and professional manner.

Shireen Mazari also tweeted: “Remember President of Pakistan is Supreme Commander of the Armed Forces and must be defended as such.”

Remember President of Pakistan is Supreme Commander of the Armed Forces & must be defended as such. https://t.co/s8IqYPGi3b

Last night, the President called the families of the martyrs and expressed his deepest condolences.

The President talked to Capt Ahmed Ali, son of Lt. Gen Sarfraz Ali Shaheed & expressed his condolences to family & admiration of an upright brave efficient officer & a leader whom he had met frequently. He said that it is due to these sacrifices that Pakistan stands strong today. pic.twitter.com/JdZt5fT888

— The President of Pakistan (@PresOfPakistan) August 5, 2022