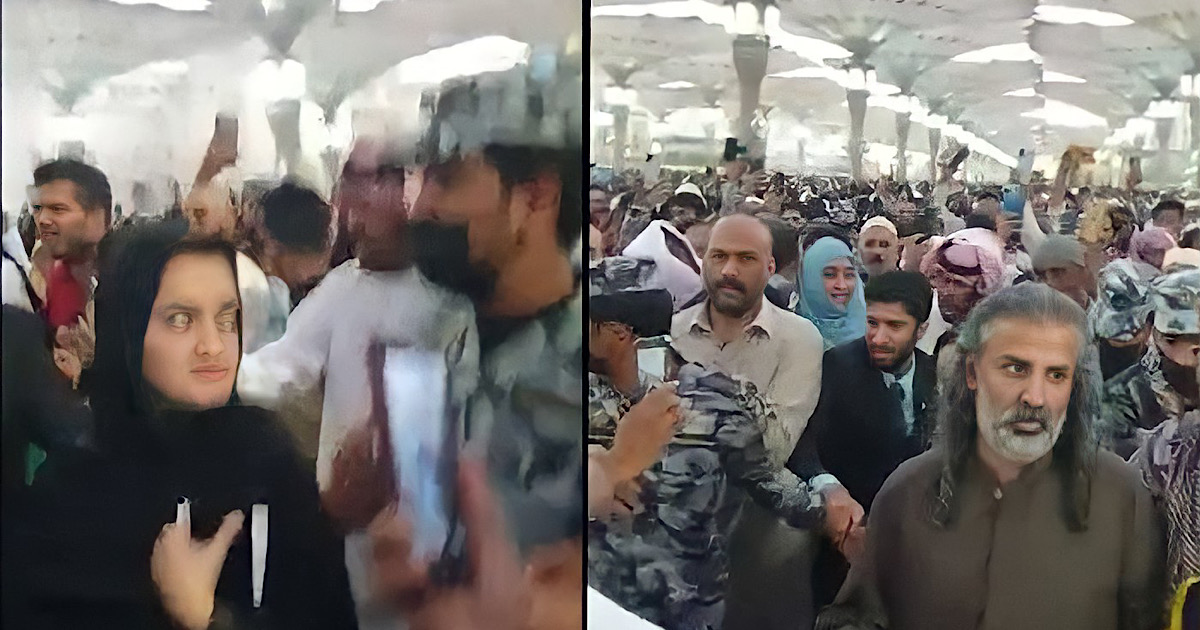 A spokesman for the Saudi embassy in Pakistan has confirmed the arrests of Pakistani nationals following last night’s incident in Masjid-e-Nabawi.

It should be noted that some people had chanted political slogans during the visit of members of the Pakistani delegation to Saudi Arabia accompanied by Prime Minister Shahbaz Sharif.

It can be seen in the viral videos on social media that some people chanted slogans against the members of the delegation and kept making videos of them. On the other hand, Federal Interior Minister Rana Sanaullah has said that he will request the Saudi authorities to send CCTV footage of those involved to us so that they can be identified and dealt with under the law.

Pakistan’s Federal Minister for Information Maryam Aurangzeb had also condemned the chanting of slogans in Masjid-e-Nabawi, saying “this is the destruction of society.” Talking to media in Madinah, she criticized PTI chief Imran Khan, saying, “The devastation he caused in this society is before you today.” “Our workers are also here but they have been instructed not to adopt such attitude.