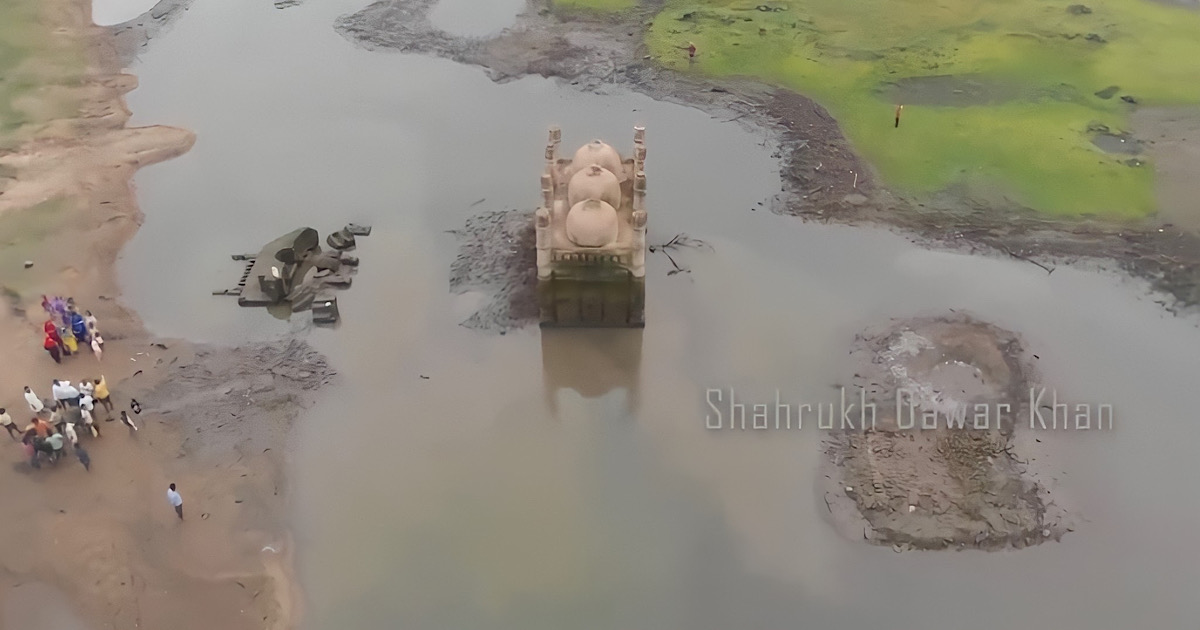 A decades old mosque which remained underwater for nearly 40 years has emerged in India due to the recent drought.

The Phulwaria Dam in Indian state of Bihar’s Nawada district has dried up, after which, a submerged decades old mosque emerged.

According to the local people, the name of the mosque is Noori Masjid and it submerged when Phulwaria Dam was built in 1985.

The site has become a tourist attraction and number of people are visiting the place.

Surprisingly, the mosque is still in good condition without any damage even after being underwater for so many years.

In a YouTube video, people can be seen giving the call to prayer (Adhan). The villagers recalled seeing only part of the dome of the mosque whenever the water level decreased in the past.

However, they were unable to identify what it actually was. Now, after the water has hit dead level, they finally know what it is.

Many people believe that the mosque could be as old as 120 years. The conclusion has been drawn due to the design of mosque, which dates back to latter Mughals’ era.