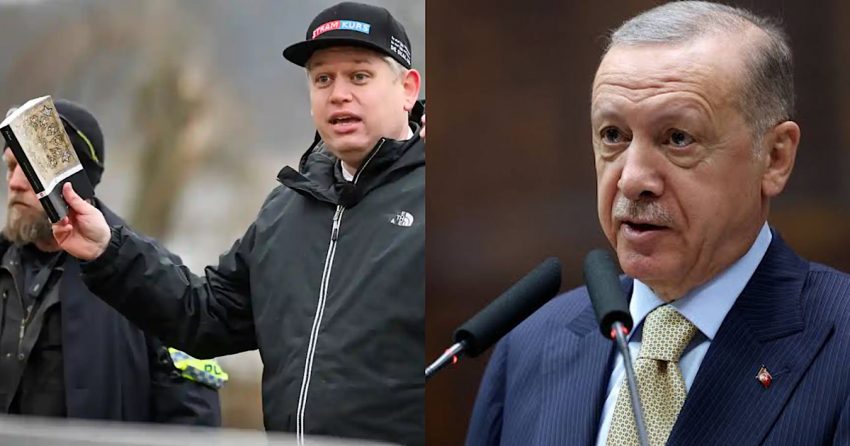 Turkey has strongly condemned a recent demonstration in Sweden in which Quran was burned.

This incident has further escalated the already tense relationship between the two countries, particularly in light of Sweden’s bid to join NATO.

The demonstration, which took place in front of Turkey’s embassy in Stockholm, was attended by around 100 people and was heavily guarded by police.

The event also drew a crowd of journalists, according to reports from Agence France-Presse.

The demonstration was led by far-right politician Rasmus Paludan, who delivered an hour-long speech against Islam and immigration before burning a copy of the Quran in Sweden.

The day before the event, Turkey’s foreign ministry summoned Sweden’s ambassador to express their objection to the permission granted for the protest.

This marks the second time in a month that the Swedish ambassador to Turkey has been summoned, with the first instance being in response to an incident on January 12th in which a Kurdish group hung an effigy of Turkey’s President, Recep Tayyip Erdogan, in Stockholm.

In the lead up to the demonstration, Turkey’s Foreign Minister Mevlüt Çavuşoğlu, referred to it as a “hate crime” and urged Sweden to prevent it from happening, stating that it cannot be justified as freedom of expression.

Despite this, the Swedish government has attempted to dissociate itself from the demonstration, with Foreign Minister Tobias Billström condemning it on the same day, calling it “appalling” in a tweet.

He further stated that while Sweden values freedom of expression, it doesn’t mean that the government or himself, support the opinions expressed in this particular demonstration.

The burning of the Qur’an at the demonstration in Sweden was met with condemnation from various Arab countries such as Saudi Arabia, Jordan, and Kuwait. The Saudi Foreign Ministry issued a statement condemning the act and promoting the values of dialogue, tolerance, and coexistence while rejecting extremism and hatred.