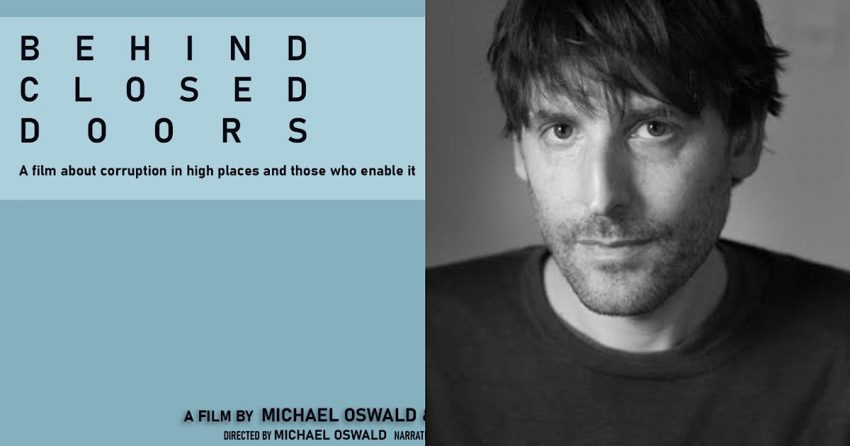 Social media has been abuzz with news that Netflix is releasing a documentary by Michael Oswald titled Behind Closed Doors, featuring the alleged corruption of the Sharif family.

The trailer of the upcoming documentary has been widely shared across social media. Even Pakistan Tehreek-e-Insaf (PTI) leaders, including Shireen Mazari and Zulfi Bukhari, shared the trailer.

"A film about corruption in high places and those who enable it".https://t.co/BOUYWswwXD

Michael Oswald and Murtaza Mehdi are the two names behind ‘Behind Closed Doors.’ The former – a director, producer and writer – is an independent documentary filmmaker based in London UK.

Is Behind Closed Doors a Netflix Production?

Despite various social media claims, the makers of the documentary have neither confirmed nor denied it. Furthermore, its official website also has no mention of it releasing on Netflix.

It should be noted that the previous productions of Michael Oswald were released on the YouTube channel Independent POV. It is most likely that Behind Closed Doors will also be released on YouTube.

What Social Media Users Have To Say

PTI leader Shireen Mazari took to her Twitter account and wrote: “A must-watch documentary on corruption very relevant as Sharifs also feature in it.”

A must-watch documentary on corruption very relevant as Sharifs also feature in it. Soon on Netflix and Amazon. https://t.co/xXfa7SnrOP

TV anchor Shiffa Yousafzai had to clarify her earlier remarks about the documentary releasing on Netflix.

Update: So far there is no official confirmation of the news that this documentary will be on the Netflix. https://t.co/7iJiAAvHxu

Journalist Mehreen Zahra said that there is “no confirmation whatsoever that this is releasing on Netflix.”

No confirmation whatsoever that this is releasing on Netflix. https://t.co/1GL4BoNQbH

Have Something To Add To This Story? Let Us Know in The Comments Bar Below.