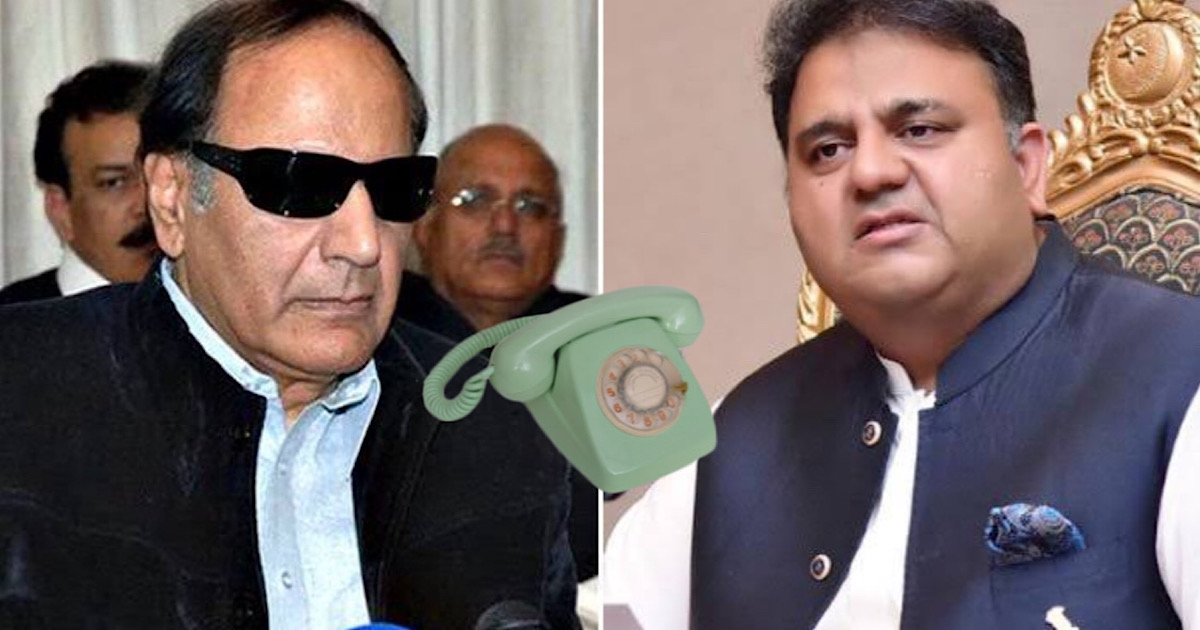 The PML Q leader contacted Chaudhry after the latter’s comments about his health.

Addressing a press conference, Fawad Chaudhry had said that Chaudhry Shujaat’s ability to make decisions is limited due to his illness.

According to details, the veteran politician called the former federal minister and asked him if he wants him to wrestle someone?

In a press conference outside supreme court, the PTI leader claimed that the PML Q chief’s thumb impression were taken on a blank paper.

He further said that, citing legal experts, the Deputy Speaker’s ruling is against the constitution.