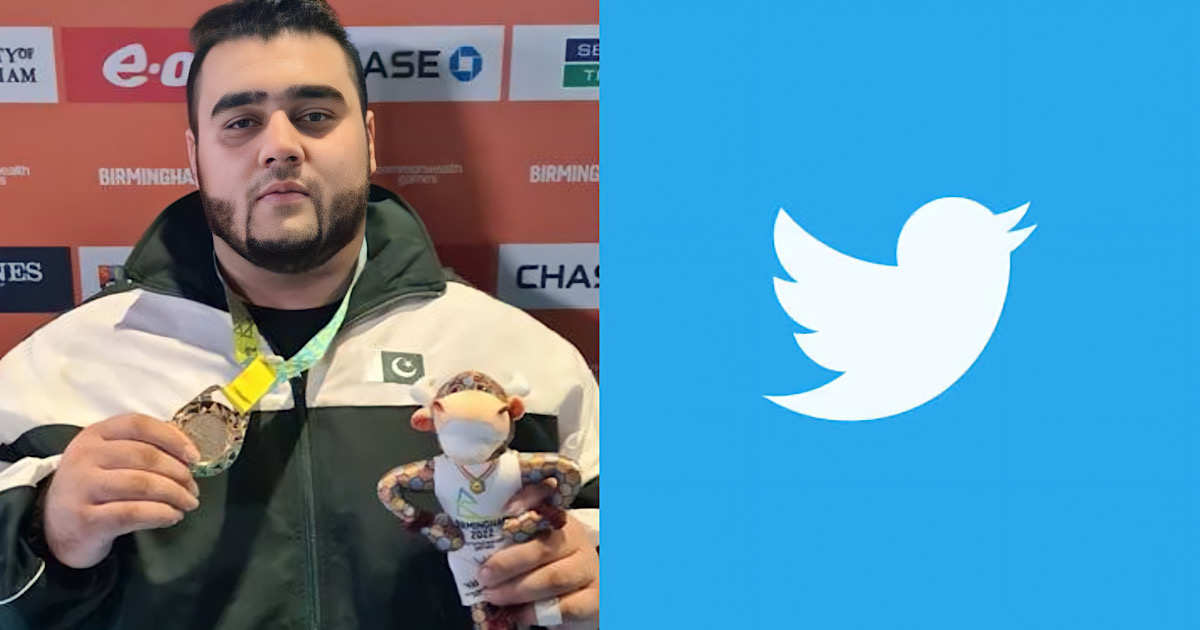 The Pakistani weightlifter made history when he bagged Pakistan’s first gold medal in the ongoing Commonwealth Games (CWG) 2022.

He made a record in the CWG as he lifted an overall weight of 405kg. Nooh lifted 173kg in snatch, while, in clean and jerk, he lifted 232kg and set another record.

Following his victory, PM Shehbaz Sharif along with the entire nation congratulated him on his victory. “Well done, Butt Saab,” Wrote PM Shehbaz.

The weightlifter has made Pakistan proud several times on the international stage. He bagged the Bronze medal in 2018 Commonwealth Games (CWG).

Furthermore, he also won the Silver medal in the weightlifting championship in CWG last year in December.

It isn’t the first time that Pakistan has won a Gold medal at the CWG. Shujauddin Malik was the first ever Pakistani athlete to win a gold medal in 2006.

As the Pakistanis congratulated Nooh Dastagir, his Twitter account went viral due to an old Tweet from 2018 about PTI and Imran Khan. He had shared a meme about the Pakistan’s ex PM with the caption, “its so funny.”

The tweet received mixed reactions from netizens as the supporters of Khan became furious, while, those from PML N and other parties retweeted and liked it.