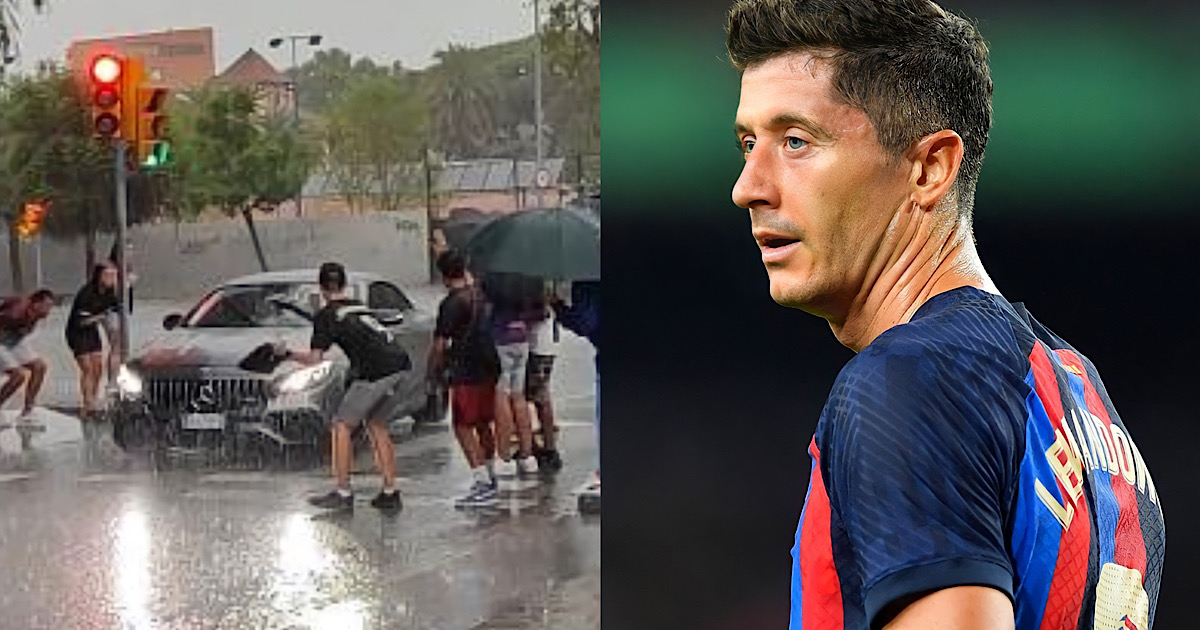 According to Spanish media reports, the Polish striker had an unpleasant experience upon his arrival at the Ciutat Esportiva.

Robert Lewandowski stopped to take pictures with the fans waiting outside the training ground. The thief tried to steal the Barcelona’s number 9 phone first.

Shortly after the incident, two cars from Mossos d’Esquadra arrived at the spot and remained there until after six o’clock.

They took the statement of an eye witness about the unpleasant incident. There are also reports of the striker getting robbed of his expensive watch.

TV3 reported that the winner of the FIFA player of the year award lost his watch worth over € 70,000. Lewandowski tried to catch the thief but lost sight of him.

The 34-year-old made his Laliga debut for the Catalan side at the Camp Nou against Rayo Vallecano. However, he failed to make a significant impact as his side settled for a draw.

Barcelona will be expecting a lot from their new number 9 after a trophy-less last season. The Catalans have invested heavily in their squad with the total money spent this summer amount to nearly €150 million.