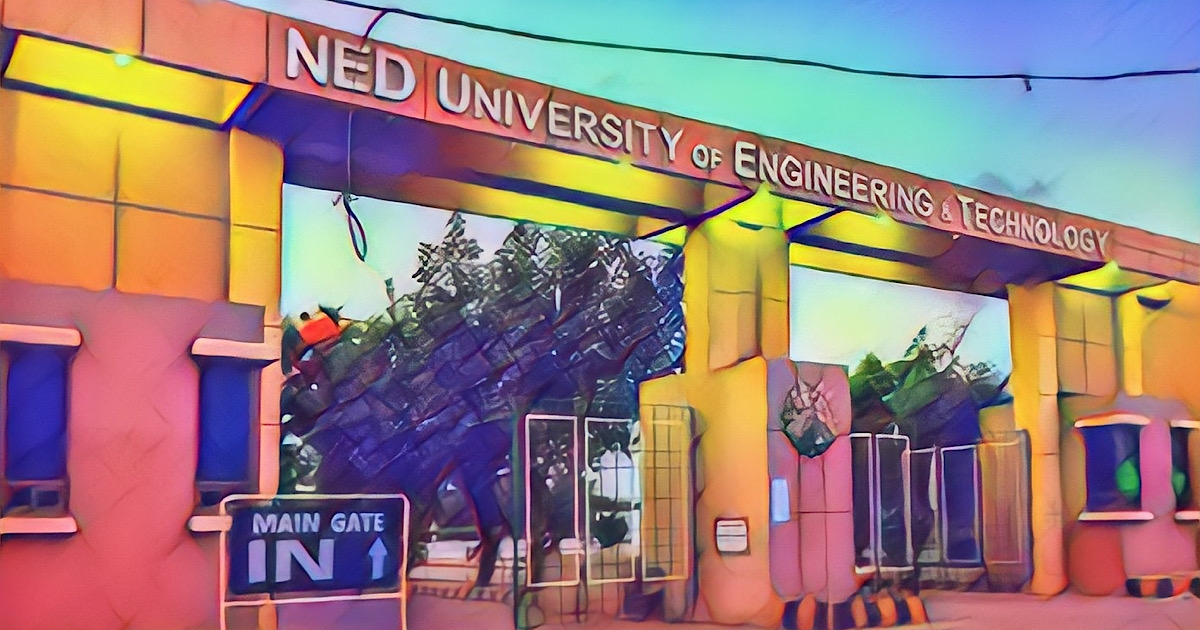 The NED University of Engineering & Technology has introduced three new fields for admissions for the year 2022.

It should be noted that based on the results of the first inter-year, the date of submission of admission forms for 32 departments in NED University has been changed to July 29.

The entrance test, which will last for 6 days, will start from July 30. It has been decided that those students who fail in the first test will be given another opportunity.

The second test for those who fail the first one will be held on August 21st in the second phase.

Dr. Tufail Ahmed, Pro-Vice Chancellor of NED University, told media that after the extension of 3 days in the date of submission of admission form, the university has received more than 12,000 admission applications so far.

It should be noted that 2849 seats are allotted for 32 departments in NED University.

According to the Pro-Vice Chancellor of the University, the admission merit will be determined on the basis of 50% test results and 50% first year marks.