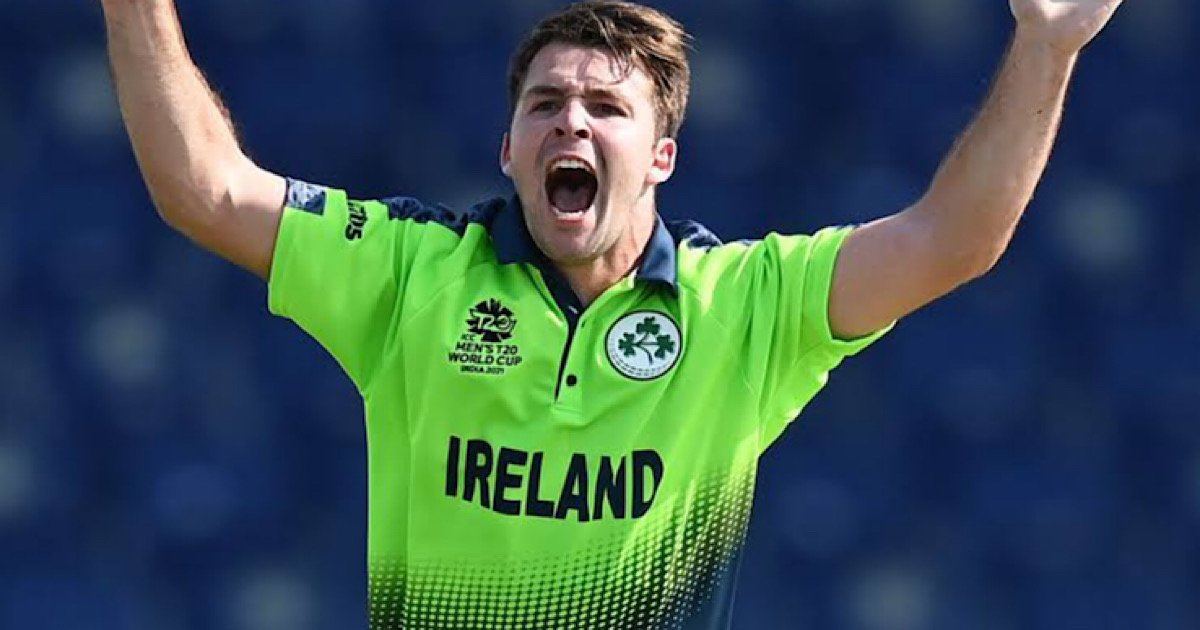 In the third match of the ongoing World Cup in the United Arab Emirates, the Irish bowler took 4 wickets off 4 balls.

In the match being played at Sheikh Zayed Stadium in Abu Dhabi, the Netherlands won the toss and decided to bat first against Ireland which did not prove to be very beneficial.

Ireland’s Curtis Campher not only tool the first hat trick of the tournament in the 10th over of the match but also took 4 wickets off 4 balls.

Curtis Campher completed his hat trick by dismissing Ackerman on the second ball of the 10th over and then on the next two balls by dismissing Ten Dos Hat and Scott Edwards.