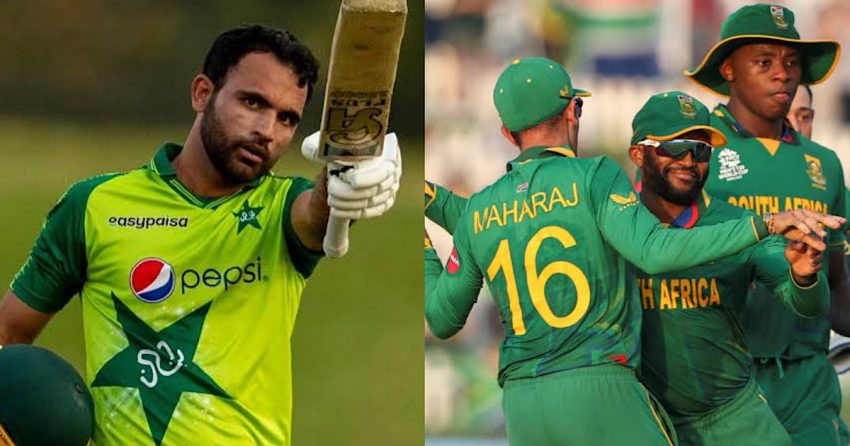 Pakistan will play its all important game of the ICC T20 World Cup against South Africa tomorrow.

The result of the game will determine whether the Men in Green can still make it to the semi finals of the event or not. Pakistan can’t afford to lose the match.

The Pakistan Cricket Board (PCB) has provided update about the availability of the explosive left-handed batter Fakhar Zaman for the match against Protease.

It should be noted that the batter had just returned from an injury in the game against Netherlands.

According to Pakistan cricket team’s media manager, Fakhar Zaman will not be part of the squad against South Africa. He added that the left-handed batter has been dropped as a precaution.

Wicket-keeper batter Mohammad Haris could replace Zaman in the playing XI. The media manager also gave an update about Shaheen Shah Afridi‘s injury, which according to him, is satisfactory.