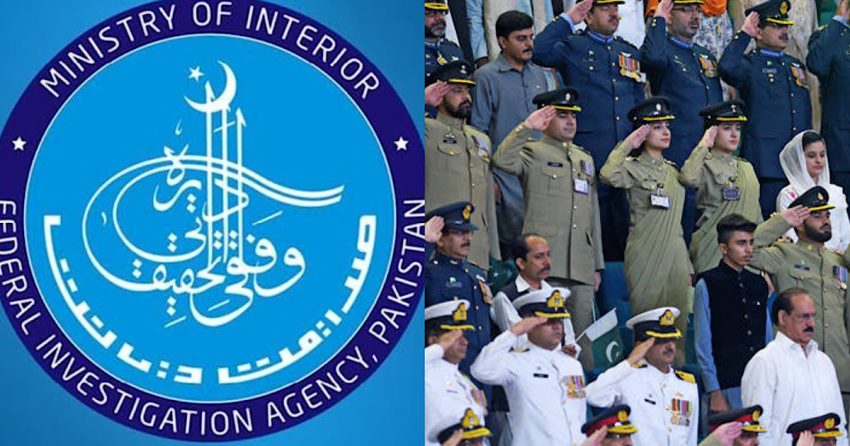 According to Dawn News, the federal government has added Article 505 of the Pakistan Penal Code (PPC) to the FIA’s act.

Now, the agency will have the power to arrest anyone who is involved in propaganda against the state institutions.

The private news channel reported that the decision was taken after questions were raised over FIA’s jurisdiction in different cases by the courts.

The report added that a number of ministers have signed the new legislation while others will do it after returning from Saudi Arabia.

Before this, FIA had to follow a proper procedure to get permission to arrest someone over a social media post against the state institutions.

Now, the agency can apprehend anyone without any hesitation.

BREAKING: A silent legislation by Govt to rein in those who "promote and create propaganda on social media." Govt has decided to empower FIA by adding Article 505 of PPC to agency's act. Now those who tweet, make Vlogs can go behind bars for seven years. pic.twitter.com/BJws7Fwlqe

It should be noted that a hateful social media campaign was recently launched against the martyrs of the helicopter crash in Balochistan.

The government had to constitute an investigation committee to probe the matter.

Such social media campaigns are the reason the government decided to empower the federal investigation agency.

It remains to be seen what the courts will have to say about it as such legislations have always end up at courts.

What are your views on this? Share in the comments bar below .