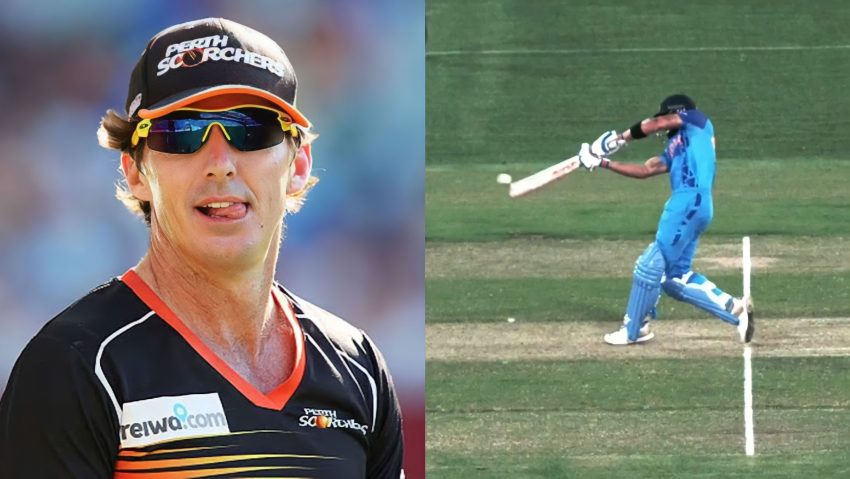 Former Australian cricketer Brad Hogg has raised questions over the controversial no-ball and Virat Kohli running for three runs after being bowled on a free-hit.

Pakistan and India’s game was exactly how everyone imagined and expected it to be.

The Blue Shirts won the game on the last ball of the match to start their campaign on a winning note.

However, in the last over the of the game, Muhammad Nawaz was hit for six by Virat Kohli which was called as a no ball by the umpire.

Later, the Indian batter also ran for three runs off a free hit after being cleaned bowled.

There has been lots of debate as to whether the ball was above the waist height and whether the runs off the free hit should have counted or not.

Former Australian cricket, Bradd Hogg, has shared his thoughts about the whole controversy.

He took to his Twitter to question why was the no-ball not reviewed. Hogg further asked: How can it not be a dead ball when Kohli was bowled on a free hit?

Why was no ball not reviewed, then how can it not be a dead ball when Kohli was bowled on a free hit. #INDvPAK #T20worldcup22 pic.twitter.com/ZCti75oEbd