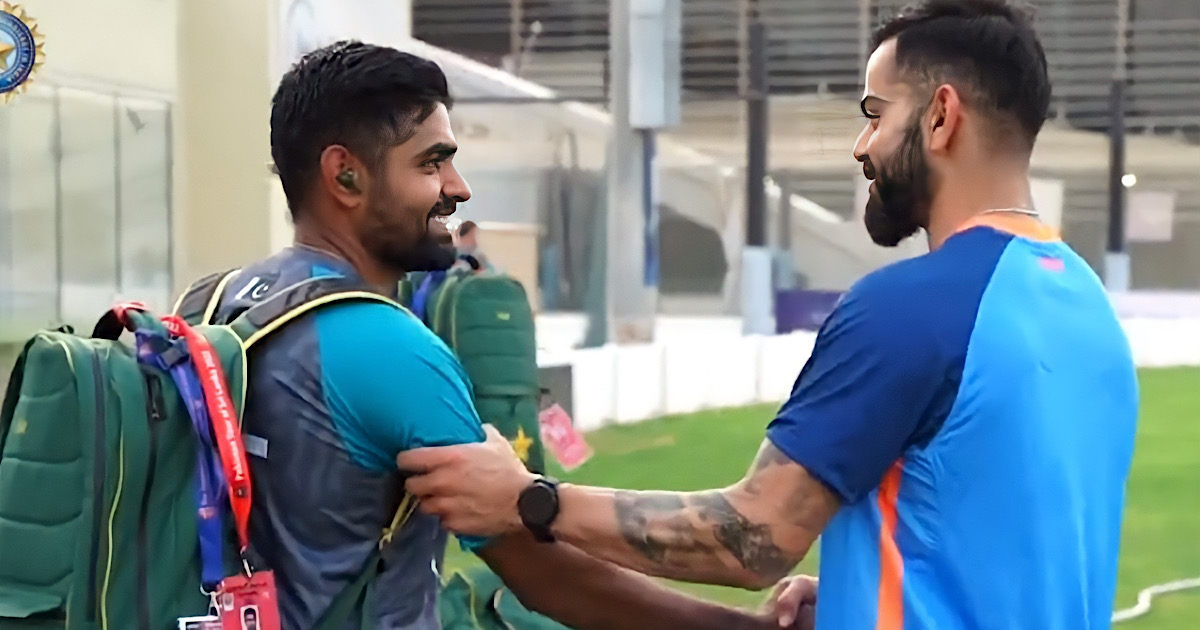 A short video clip of Babar Azam and Virat Kohli meeting on the sidelines of the practice session for the Asia Cup 2022 has been going viral on the internet.

The video posted by the official Twitter handle of the Board of Control Cricket in India (BCCI) is garnering bulk of love from the fans.

BCCI on Wednesday tweeted a video of the Indian cricket team arriving for the practice session and meeting the rival cricketers there, including the Pakistani players.

Both Babar Azam and Virat Kohli can been seen greeting each other with great joy. Watch the video below:

It should be noted that the Pakistani skipper had sent a message of support to the Indian cricketer following his failures with the bat. Kohli had also responded to Babar’s message with a thank you.

Pakistan and India will be facing each other on Sunday, August 28th, in an exhilarating contest of the Asia Cup.