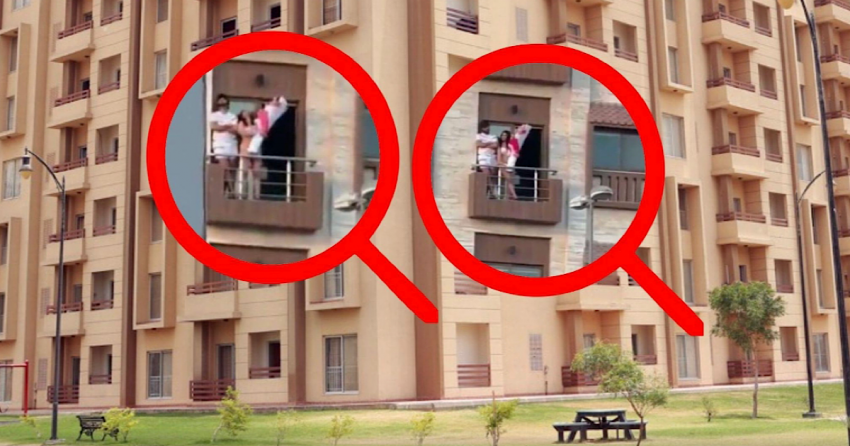 An unusual scene played out in the heart of Lahore as a woman was seen flaunting a revealing outfit near a popular shopping center in an affluent neighbourhood.

The unidentified woman was spotted standing on a balcony near the Jasmine Mall.

The woman, who was wearing a white bikini and holding a bouquet of red flowers, was being photographed by an individual at a distance.

Onlookers were taken aback by the scene and captured videos of the event, showing the woman being accompanied by a man wearing a white t-shirt.

🔴 Is it Islamic Republic of Pakistan?

The incident has sparked widespread discussion on social media, with many speculating about the reason behind the woman’s behavior.

Opinion on the matter is divided, with some criticizing the woman for her supposed vulgarity while others have defended her, arguing that the video was shared without her consent.

The situation has also raised concerns about legal action, as nudity is strictly prohibited under the country’s conservative laws.

At this time, the validity of the video has not been confirmed by independent sources.