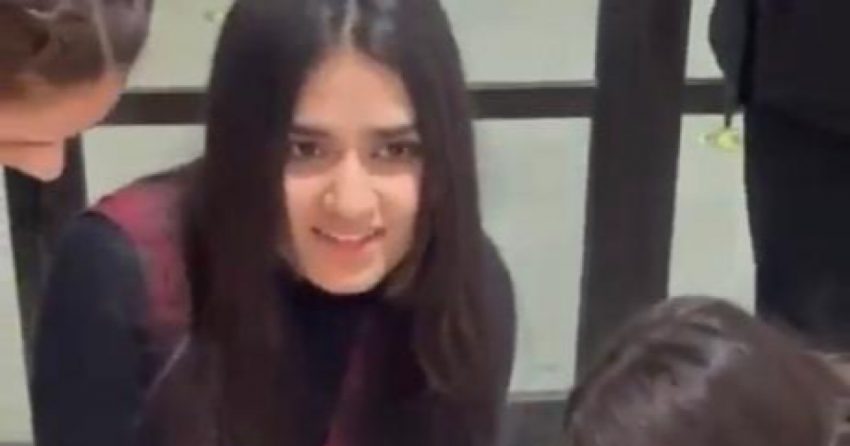 A disturbing video of a girl being physically and verbally abused by her classmates at an elite private school in Lahore has caused widespread outrage on social media.

The footage, which was widely shared on Twitter, shows several teenage girls holding the victim down by her hair, verbally abusing her and demanding that she apologize.

The disturbing incident was caught on camera by one of the perpetrators.

The video has prompted swift action from authorities, who have launched an investigation into the matter.

This incident has sparked a wider conversation about the need to address bullying and violence in schools, particularly in exclusive private institutions.

#Lahore this happened in a SCHOOL.
FIR registered by victim’s father. A group of friends beat an innocent girl violently & even knifed her multiple times. It is claimed that the girl Jannat was drug addict & she wanted to drag the injured girl in drugs culture. pic.twitter.com/TVXG9lJCL9

Following the circulation of a disturbing video on social media, authorities have taken swift action to investigate the incident. The Capital City Police Lahore and the Punjab Police have both issued official statements, confirming that a case has been registered and an investigation is underway.

According to the First Information Report (FIR) filed by the victim’s father, the incident took place at a private school located in DHA phase 4 Lahore, where three of his daughter’s classmates were responsible for the beating.

The father of the victim has claimed that his daughter’s classmates were drug addicts who were attempting to force her into their drug culture.

In an effort to protect his daughter, he sent a video of her being coerced into drugs to her father, which he believed led to her being targeted for revenge.

According to the FIR, the victim was brutally assaulted on January 16th, 2023, by the same classmates. The father claims that the girls tried to strangle his daughter, stabbed her multiple times with knives, and stole her gold jewelry worth 1.5 tolas.

Furthermore, the father claims that the videos of the incident were recorded and shared on social media by some witnesses, he has also sought the help of FIA (Federal Investigation Agency) in this regard.