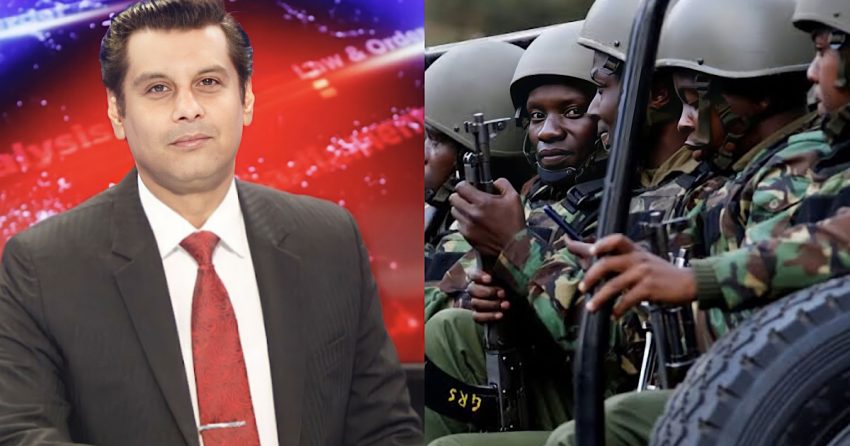 The Kenyan media has revealed that senior journalist Arshad Sharif was killed by the police.

The Pakistani journalist’s murder in Kenya has shocked everyone. The former Ary News anchorperson had been shot dead in Nairobi.

There have been widespread condemnations on social media from the followers and country’s top leadership.

PM Shehbaz Sharif said that he is “deeply saddened by the shocking news of journalist Arshad Sharif’s tragic death.” He also expressed his condolences with the family of the slain journalist.

President Arif Alvi said that the death of Sharif is a great loss to journalism in Pakistan.

According to Kenyan newspaper The Star, Arshad Sharif was killed by the police on Sunday night along the Nairobi-Magadi highway in what police termed as a mistaken identity.

The newspaper added that the journalist was shot in the head after he and his driver allegedly “breached a roadblock that had been set up to check on motor vehicles using the route.”

They were travelling from Magadi town to Nairobi when the police asked them to stop the car. The police said that the case will be investigated by the Independent Policing Oversight Authority.

“We had an incident of shooting which turned out to be a case of mistaken identity involving a journalist. We will release more information later,” the police said.

The police claimed that they received a call to look out for a car, similar to Arshad Sharif’s car, after a carjacking incident in Pangani area, Nairobi where a child was taken hostage, reported The Star.

Few minutes later, the car of the former Ary journalist appeared which was asked to stop. However, they allegedly drove past the roadblock after which the police chased them.

In shots fired on the car, Arshad Sharif got hit in the head. His driver got injured and was taken to hospital as the car rolled. The driver then informed the police about the identity of the journalist.