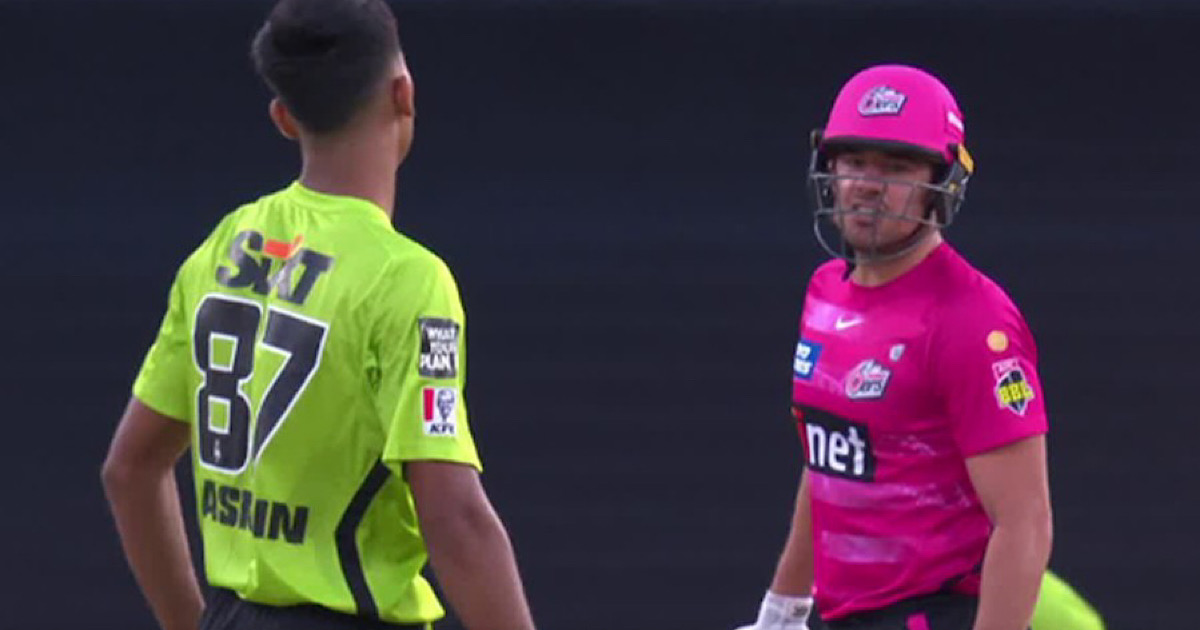 Pakistan’s Mohammad Hasnain and Australian batter Moises Henriques exchanged some heated words during the match between Sydney Sixers and Sydney Thunder in the Big Bash League (BBL). The Sixers won the match by 59 runs.

Things got a little out of control between Mohammad Hasnain and Moises Henriques as the former bowled pacy bouncers at the latter. The Pakistani pacer gave the Aussie batter a death stare and in response, Moises accused Hasnain of chucking.

It all started when the left arm pacer intended to throw the ball at the batter in the 12th over. Hasnain bowled a pacy bouncer, which was called a wide and the batter was unable to play.  As Hasnain gave him another stare, Moises responded with, “Nice throw, mate”.