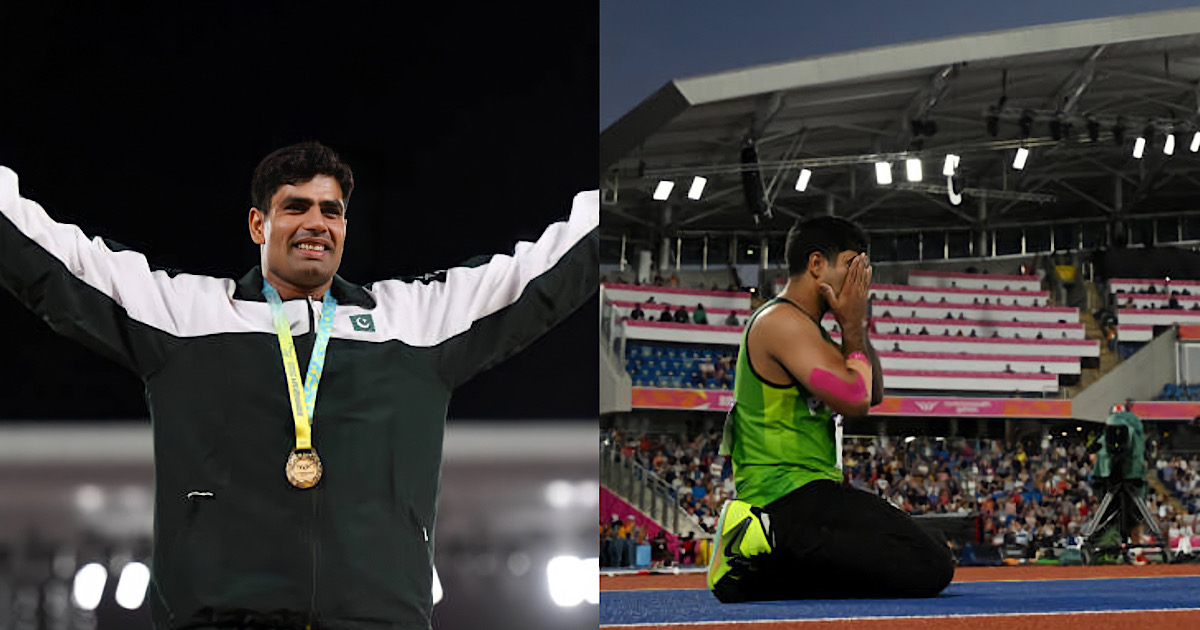 The Pakistan Sports Board (PSB) has announced a prize of Rs. 5 million for athlete Arshad Nadeem.

The prize was announced following his gold medal win at the ongoing Commonwealth Games in Birmingham.

The first round of the javelin throw final saw Arshad Nadeem set a record with a 86.81 metre long throw, followed by an 88m throw, breaking his own record.

In the fifth attempt, the Pakistani athlete clinched the gold medal for the country with a 90.18m throw.

PSB announced a prize of Rs. 5 million for him. DG Sports Board said that sending the javelin thrower to South Africa helped him a lot in his preparation for the event.

It isn’t the first gold medal for Pakistan at the Commonwealth games. Before winning the gold in javelin throw competition, Pakistan’s Nooh Dastagir Butt also clinched the top prize in weightlifting competition.