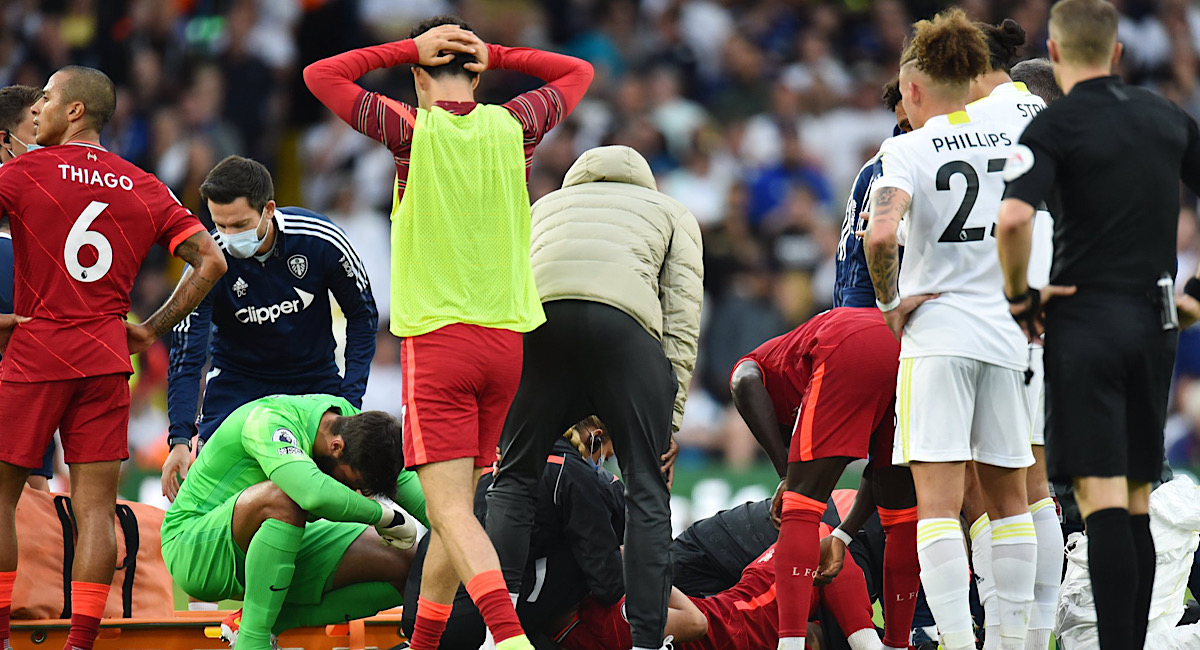 Liverpool’s young winger Harvey Elliot suffered a horrifying injury during their clash against Leeds United in the English Premier League. The 18-year-old was stretched off in immense pain after suffering a a dislocated ankle against Marcelo Bielsa’s men.

Pascal Struijk challenge on Harvey Elliot proved to be too dangerous as the youngster went down in great pain with his senior teammate Mohammad Salah immediately calling for help.

The Leeds United player was sent off following a VAR review into the incident. The Liverpool youngster was just making his fourth Premier League appearance and he was replaced by Liverpool captain Jordan Henderson.

The promising young footballer also posted a message for his worried fans on his Instagram.

The footballing world have come forward with messages of support for the youngster.