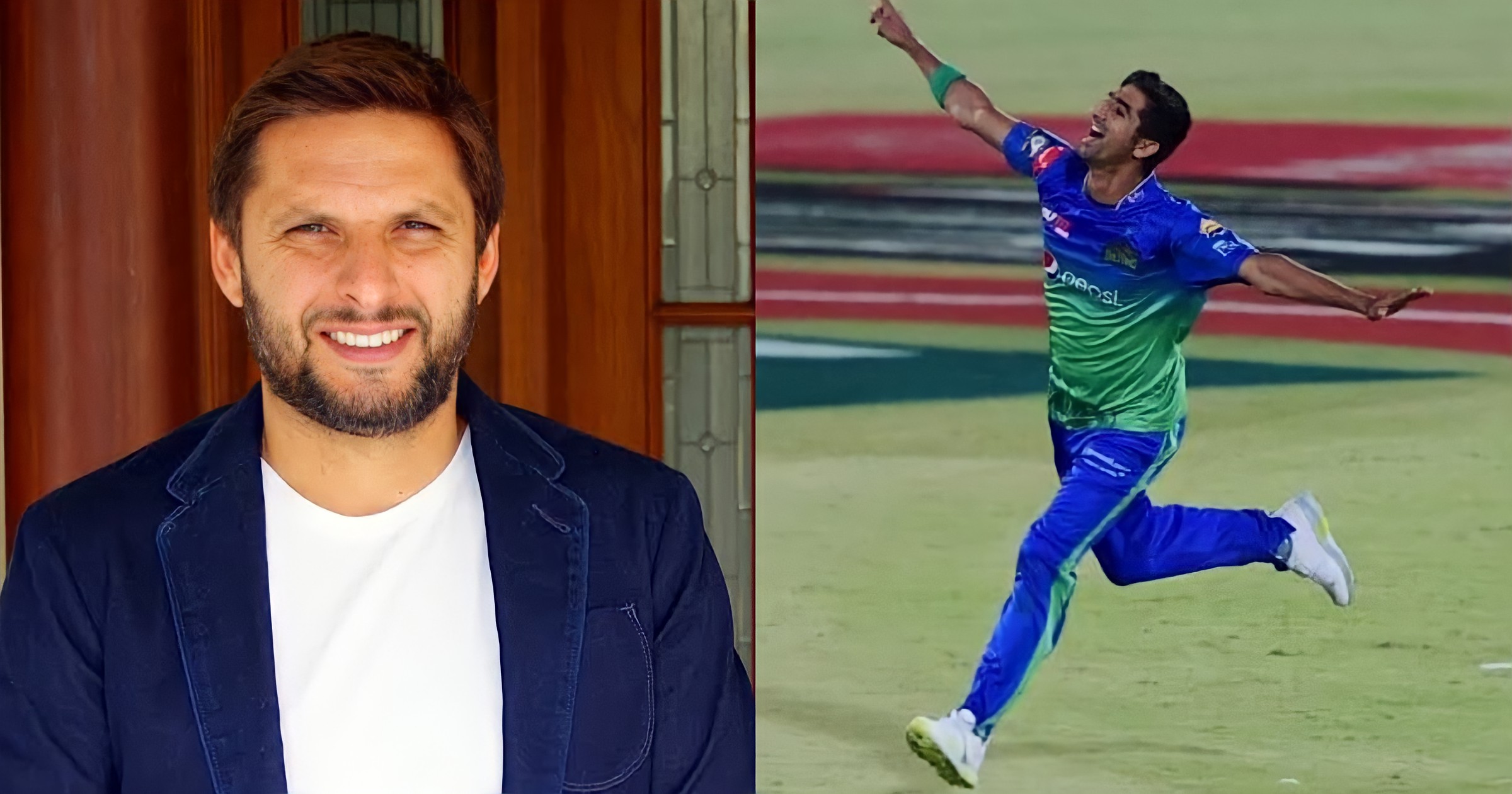 Former captain Shahid Khan Afridi isn’t a fan of Shahnawaz Dahani’s celebration unlike the majority of us.

The legendary cricketer recently appeared on a private TV channel where he talked about the Haris Rauf and Kamran Ghulam controversy as well as the unique wicket celebration of Dahani.

According to Lala, the Multan Sultans fast bowler is a little over with his celebration. He added that he had talked to Mushtaq Ahmed about Dahani’s celebration.

“I have been associated with Multan Sultans in the past and also talked to Mushi [Muhstaq Ahmed] bhai about it so that his focus remains on cricket,” said Afridi.

The former captain further stated that Dahani’s celebration would only look good if he achieves his dreams.

Furthermore, Lala also feels that TikTok is responsible for wasting the talent of the Pakistani youngsters.

Shahid Afridi isn’t impressed with the Multan Sultans’ bowler performance either. He advised him to turn his focus towards improving his cricket.