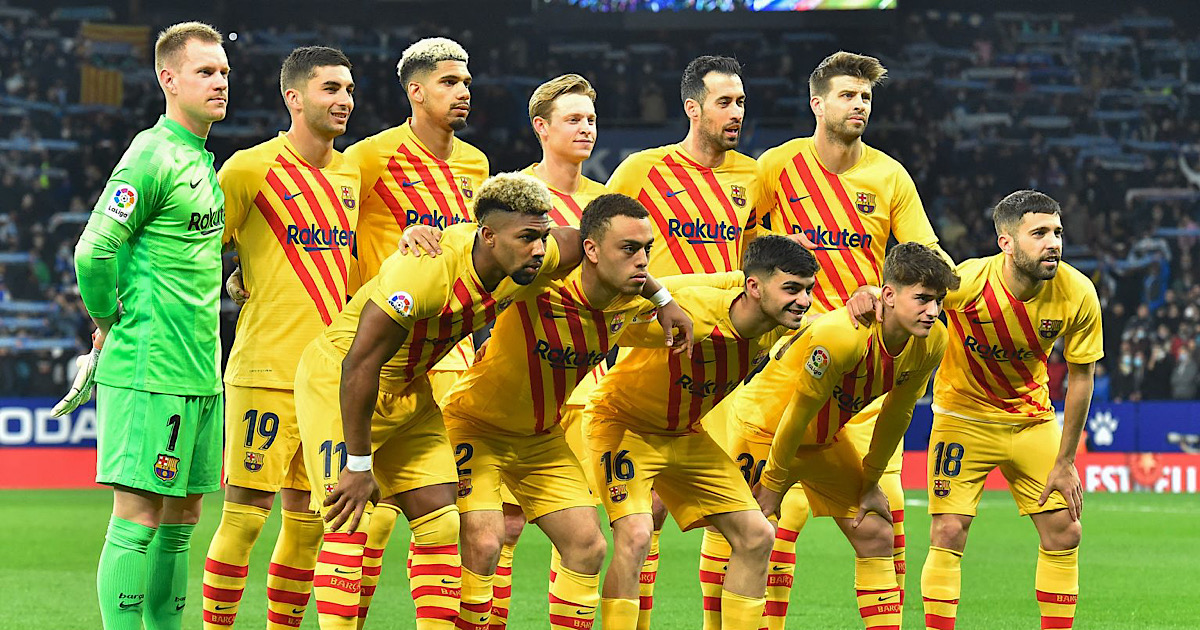 Barcelona were held to a 2-2 draw by Espanyol at the RCDE Stadium in gameweek 24 of La Liga yesternight, with Luuk de Jong heading the equaliser in the last minute. The Blaugranas had the chance to maintain pressure on Real Betis but now stand four adrift of them in fourth place.

While the top four is the team’s biggest priority, according to Xavi, Barça now have the Europa League in their foresight. They will host Napoli at the Camp Nou for the first leg and will travel to Naples for the second.

Before that, however, let’s redirect our attention to last night’s Catalan Derby.

Gerard Pique had quite an eventful night as he was sent off in the second half after two yellow cards. But it’s important to note that he also became the player with the fifth-most appearances for Barcelona, surpassing Carles Puyol.

With Luuk de Jong’s equaliser, he took his personal tally to four goals in five games in 2022, which is as many as Erling Haaland has scored, and more than Lionel Messi and Cristiano Ronaldo.

Three of those four goals were headers, as Ronald Koeman will remind you. However, Barcelona’s total tally has gone up to ten headed goals in the league this season, with Ronald Araujo, Gerard Pique, Ferran Jutgla also part of the spoils.

It was also yet another memorable night for Adama Traore, who continues to prove he’s worth the €35 million tag set on him by Wolverhampton Wanderers. He has now assisted two goals in two games.

Finally, it is important to recall Barcelona’s sensational record vs Espanyol, for now, they are unbeaten in 24 games against them — the first team in history to achieve that record in a local derby in La Liga.