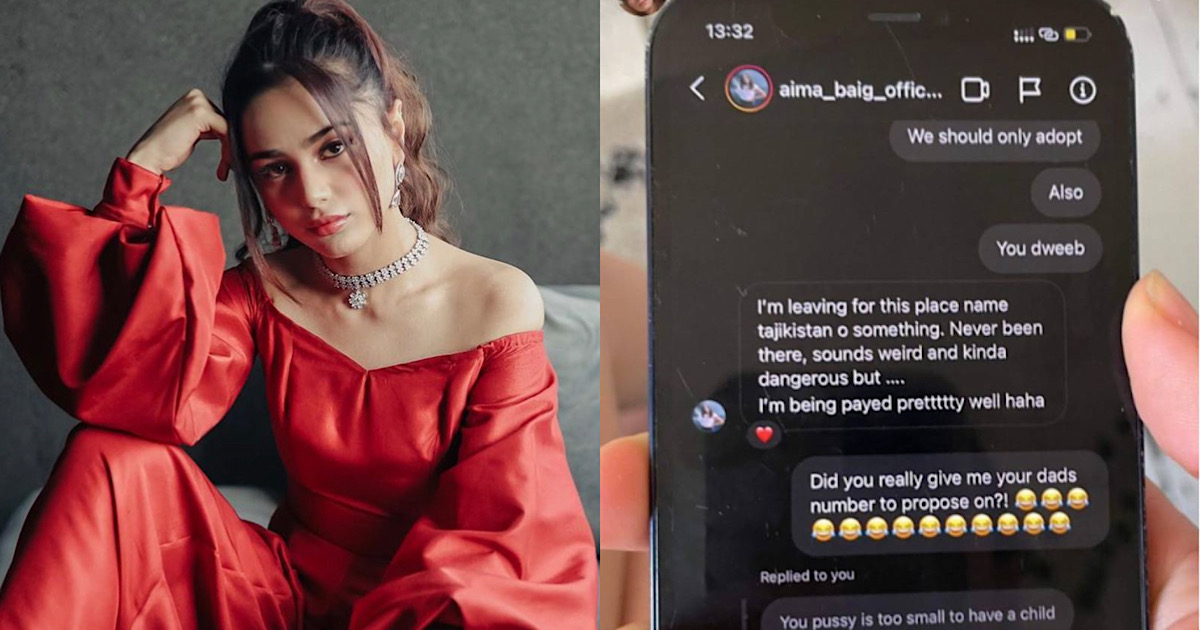 Aima Baig recently made headlines after she announced breakup with Shahbaz Shigri.

The two had earlier their photos together from social media, sparking their breakup rumours. Just a couple of days ago, the singer confirmed these rumours.

Sharing a note on the social media platform, Aima penned, ”Yes, I will always respect this person for giving me a good time. Sometimes, sh*t happens for a reason. And to answer all your questions, yes we have parted ways.

She continued: “But we are both doing good and fine, so don’t worry. I wanted to do it in the most respectful way and so I did. People can choose their ways of expressing their feelings, which define who they are from the inside. 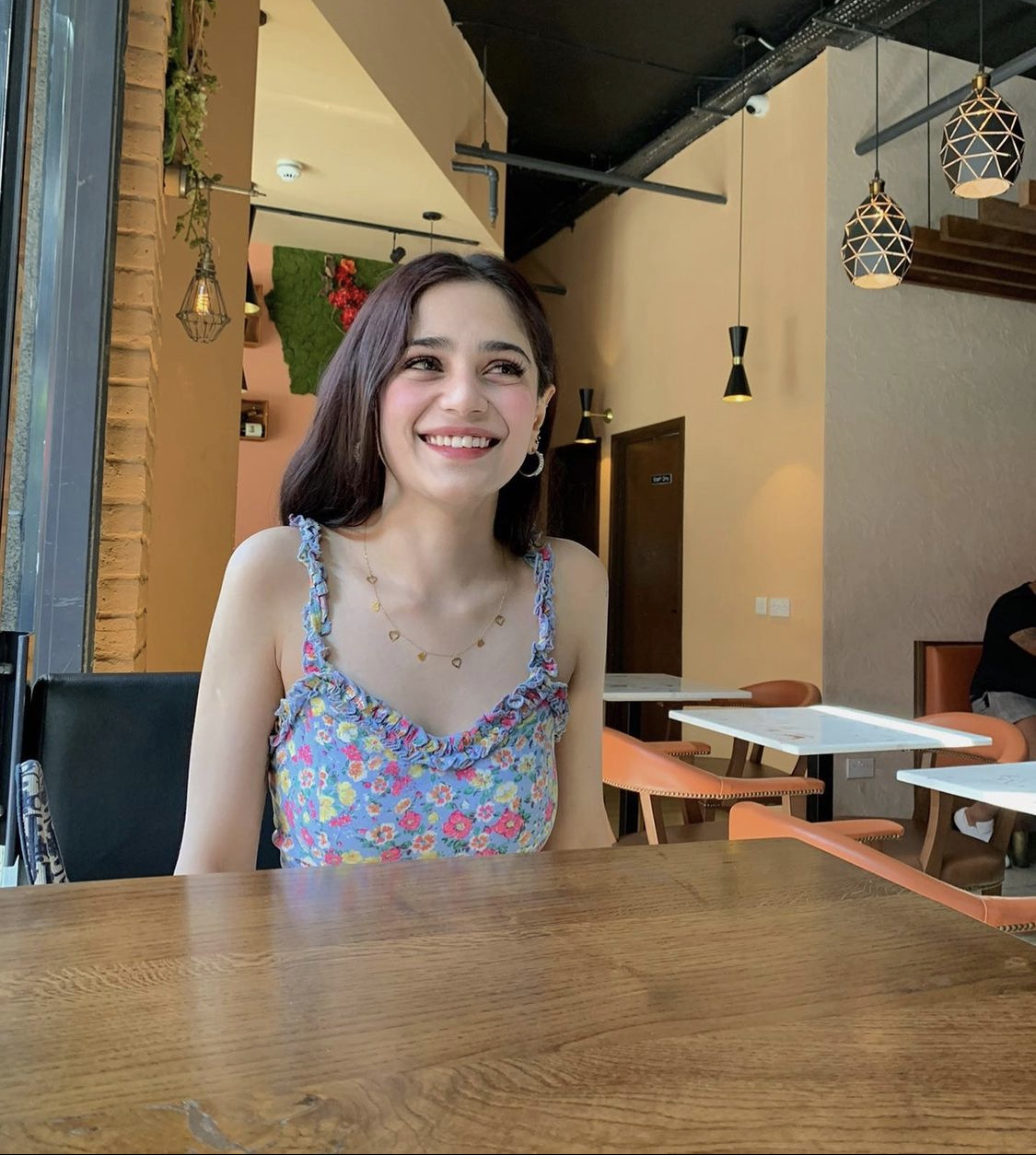 Aima added. “That’s me telling the truth to anyone wondering they are or they are not together. And the answer is, nope. Me and Shahbaz are not together anymore.” Aima concluded her statement with, “PS: No more ‘feeling sorry texts’ please! We are doing just fine.”

Now, a British model has come out with serious allegations against the renowned singer.

According to Taloulah Mair, Aima Baig cheated on Shahbaz Shigri with Pakistani filmmaker Qes Ahmed, who is based in UK.

The British mode claimed that Ahmed used to travel to Dubai to stay with Aima at her flat.

She also shared a screenshot of the conversation between the Pakistani singer and Qes. 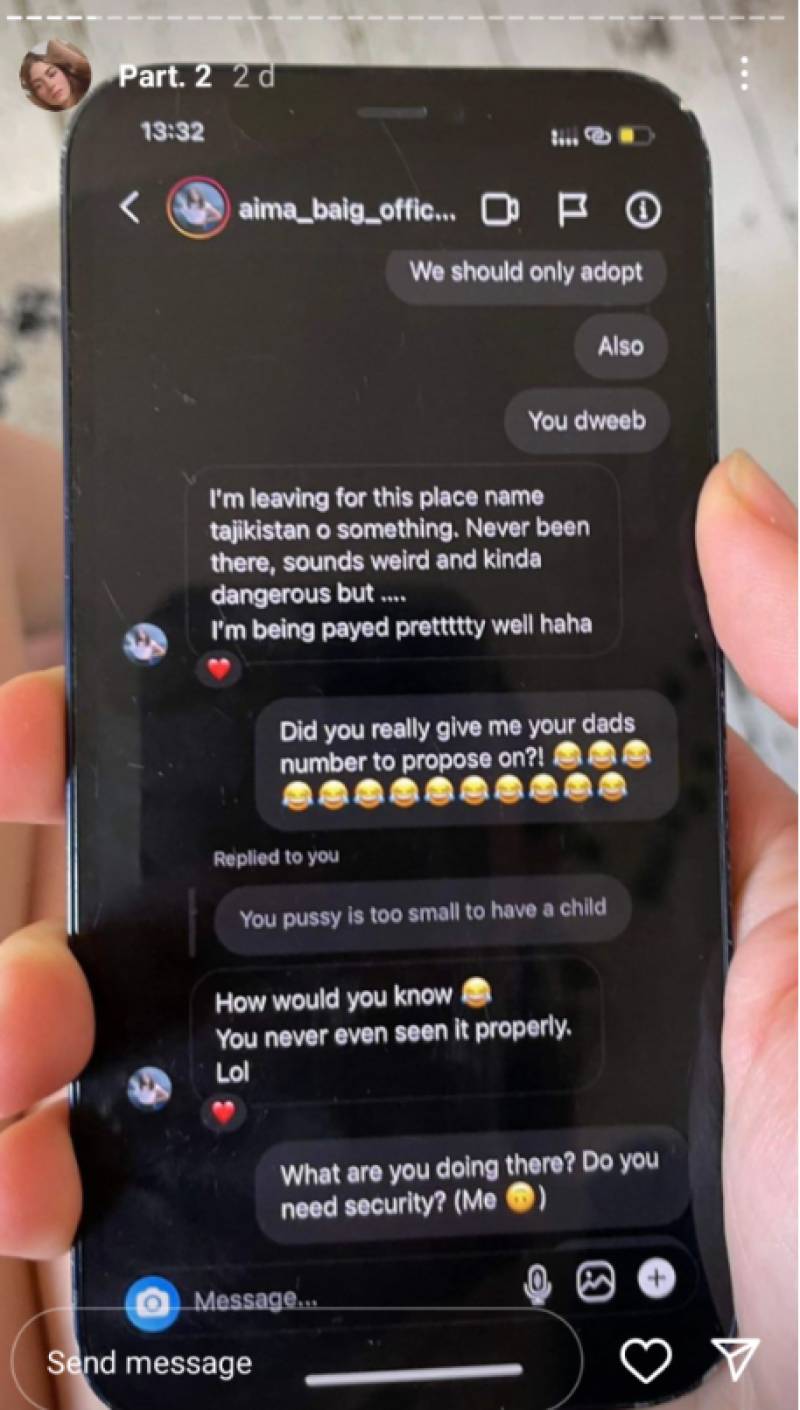