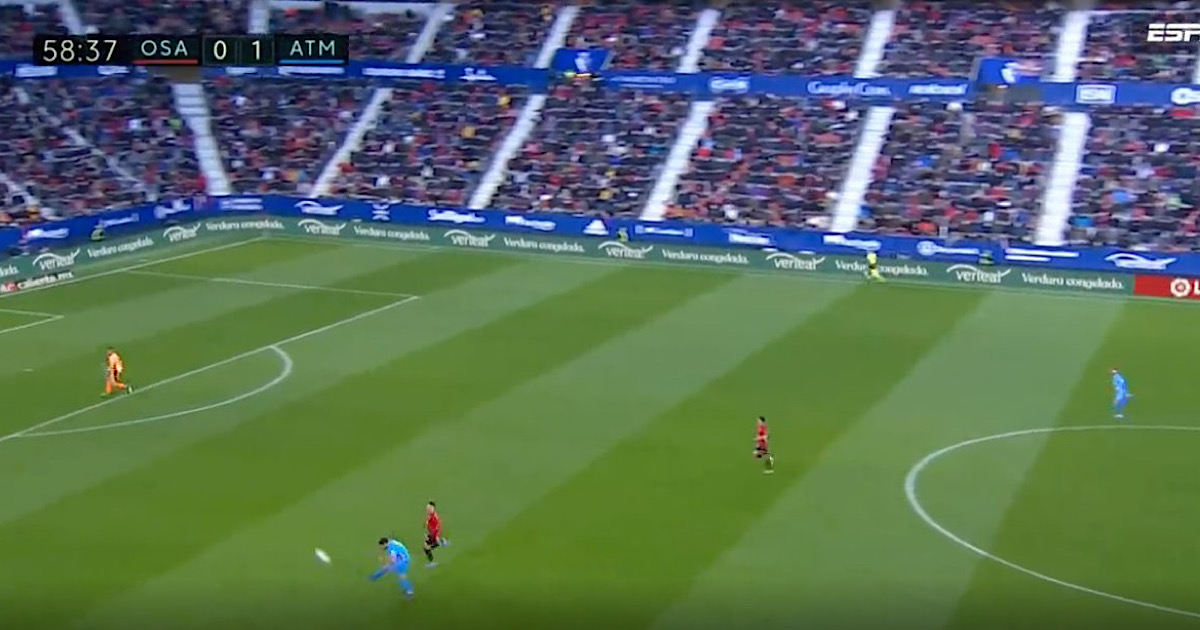 Former FC Barcelona striker Luis Suarez scored a potential goal of the season against Osasuna. The Uruguayan striker saw the goalkeeper off his line and decided to try his luck with his weaker foot.

The Twitter was in disbelief following Luis Suarez stunning goal. Reacting to the goal, a social media user wrote: How can you watch this guy and say he’s not the greatest striker of our generation?

The Diego Simeone men won 3-1 against Osasuna with goals from Joao Felix, El Pistolero and Angel Correa. Atletico Madrid are back in the top 4 with 42 points in 25 games. FC Barcelona are 3 points behind them with two games in hand.

WHAT A FINISH FROM LUIS SUAREZ 😲🔥 pic.twitter.com/nve9B28IaX