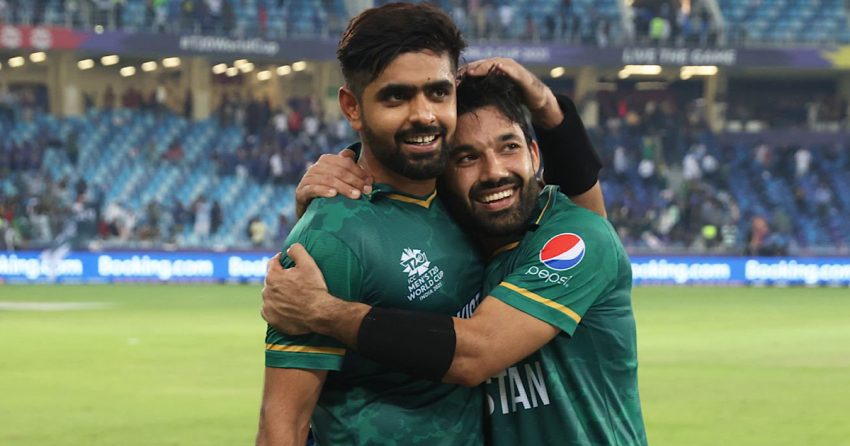 Lately, questions have been raised over the opening batting pair of Babar Azam and Mohammad Rizwan.

It is mainly due to their strike rate in the batting power play and the ongoing struggles to build a partnership. Both the openers have failed to score runs in the first two matches of the T20 World Cup.

Now, cricket pundits and fans are questioning whether its the right strategy to continue with Babar and Rizwan as the opening pair. The stats suggest that it would be the right call to change the batting order and replace Rizwan with Fakhar Zaman as the opener.

Lets take a look at Babar Azam’s numbers with the bat with and without the wicket-keeper batter:

The Pakistan skipper has an average of 57 whenever he has opened with Fakhar Zaman. His batting average drops to 32 when Babar opens the innings with Rizwan.

It is due to the reason that the left handed batter takes pressure off his skipper by scoring quick runs. Rizwan’s inability to bat with a higher strike rate puts pressure on Babar, who eventually gets himself out while trying to go big.

After 2021, when Fakhar Zaman stopped opening, Babar opened five times without Rizwan. In those five innings, the Pakistan skipper scored 44, 50, 52, 51 and 87 not out.

Do you think Rizwan should continue opening the innings with Babar? Let us know in the comments bar below.