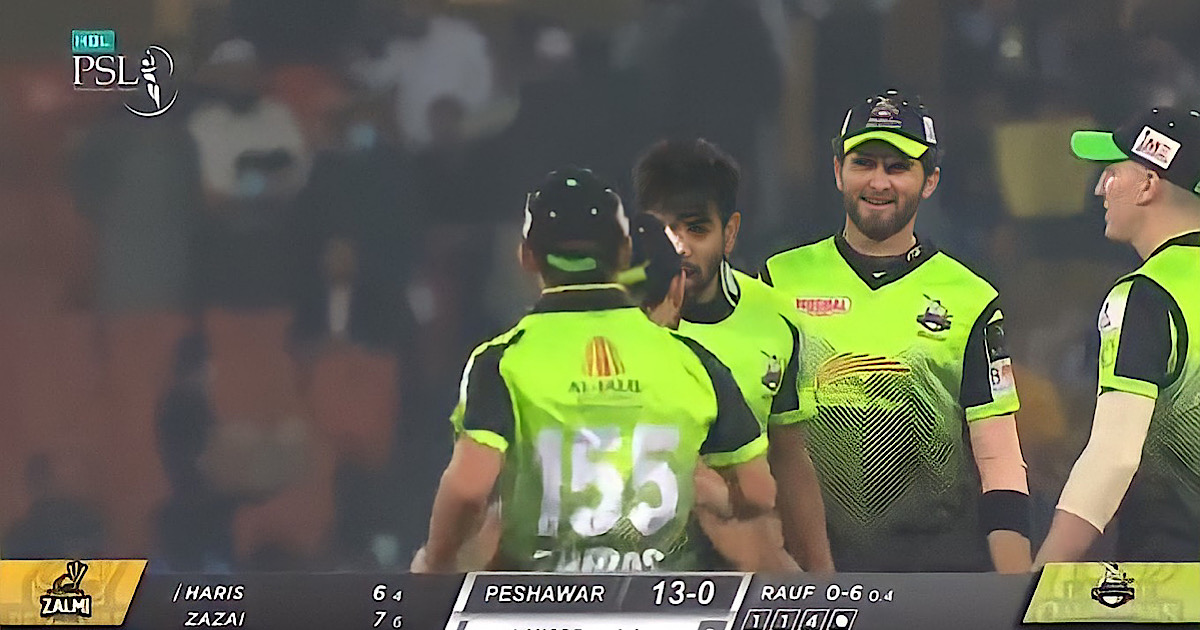 According to sources, the match referee asked Rauf to be cautious in the future. He added that it was not right to damage the reputation of the game with humor on the ground.

However, Haris Rauf described the matter as friendly, but the referee warned Haris and closed the matter. According to sources, the match referee also explained the spirit of the game to the Lahore Qalandars’ pacer.

As per sources,  the on-field umpires also did not lodge any complaint with the match referee in this regard. They were of the view that it was a matter of two players of the same team and therefore it was not considered serious.

It should be noted that during the match between Lahore Qalandars and Peshawar Zalmi, Kamran Ghulam dropped a catch off Haris Rauf’s bowling. Later, when Rauf picked the wicket of Mohammad Haris, he allegedly slapped Ghulam.