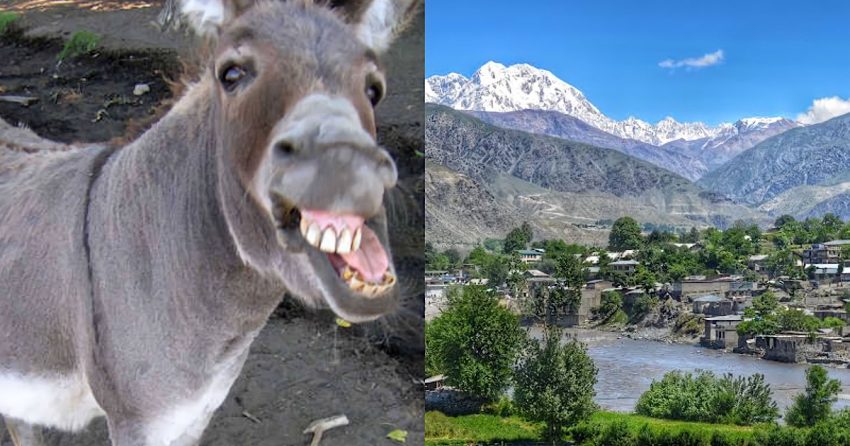 The Chitral police became a laughing stock on social media after it arrested five donkeys in connection with a case of smuggling timber.

The police alleged that the arrested donkeys were caught smuggling timber in the Drosh area of Chitral.

The whole thing didn’t just stop there. All the 5 donkeys were presented before the assistant commissioner Drosh Tauseefullah’s court.

According to The News, assistant commissioner had summoned these five donkeys as assets in the timber smuggling case.

Later, forest department was given the custody of the donkeys and the timber sleeper.

Talking about the case, Tauseefullah said that the donkey are in safe hands and no longer involved in smuggling timber.

The court expressed its satisfaction over the animals being in the custody of the concerned authorities.