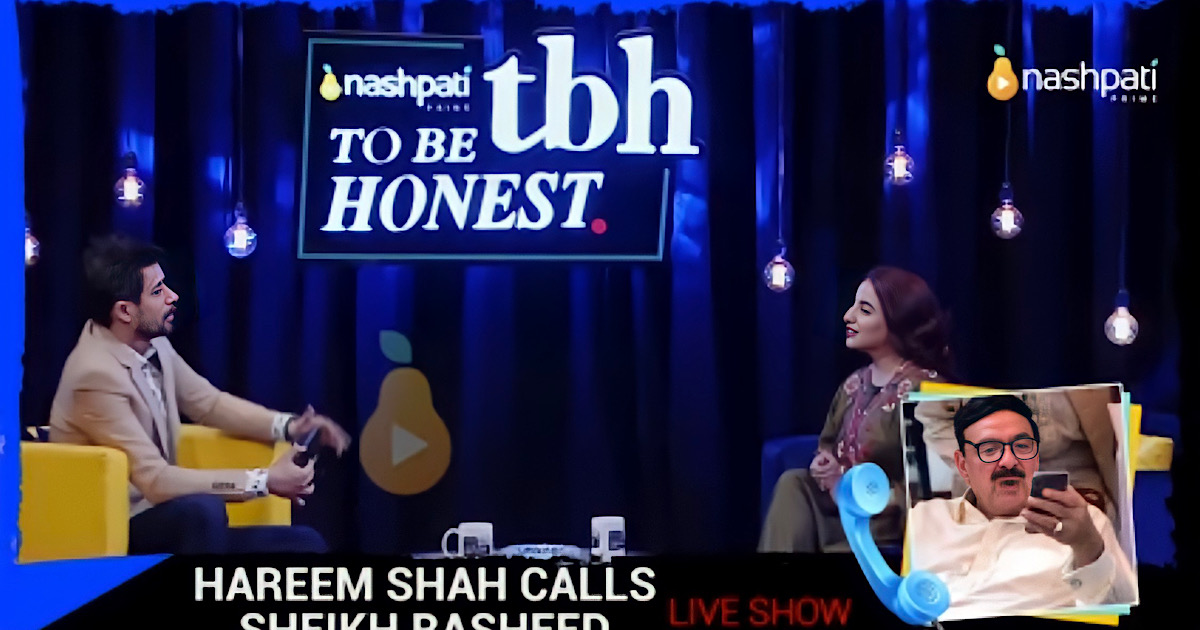 A brief excerpt from an interesting conversation with Hareem Shah is shown in the teaser where Hareem Shah calls Interior Minister Sheikh Rashid during the show. TikTok Star had called the politician at the request of host Tabish Hashmi.

The renowned host asked the TikToker whether the interior minister will pick your call if you give him a call now. “Lets try and see,” Hareem responds.

After this, Hareem Shah calls Sheikh Rashid from her mobile and shows her phone to Tabish Hashmi. “You have saved his number with Sheikhu,” Tabish says upon seeing the number.

When the interior minister picks her phone, he tells her that he cannot talk right now. “Why can’t you talk?,”Hareem Shah insists. Sheikh Rashid gets angry and tells her to shut up.

During the show, Hareem Shah revealed that she knows a number of things nobody knows. We cannot wait for the complete show to be uploaded on YouTube and get to know what the TikToker has in her bag.