Police has denied the news circulating on social media regarding the alleged gang rape which happened inside the building of Artistic Milliners in Karachi.

According to an inquiry conducted by the SDPO Korangi, no evidence of the reports of a gang rape were found. The news reports were termed as fake.

The fake news was spread by a person named Sagir Buledi, who is a press reporter and member of the Sindh Sajagi Labour.

The press reporter operates a fake Dhoom Plus channel on Facebook and wanted to defame the company. 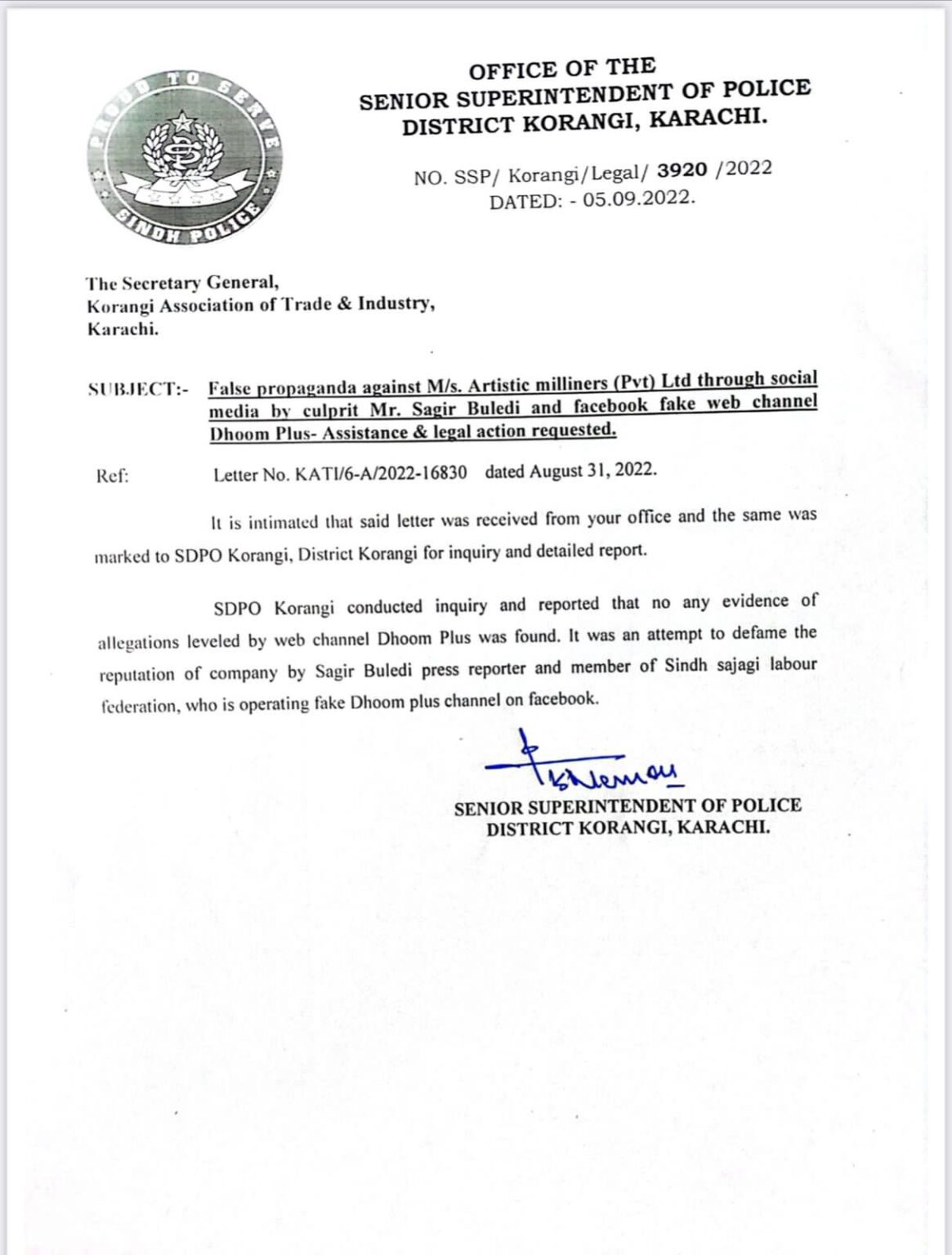 Earlier, it was reported that a female employee of the Artistic Milliners was gang raped by 20 men inside the company’s building.

According to the reports, a female employee, who was working at Unit 4, was asked to stay in the office after the working hours on the pretence of over time.

Later, she was drugged and about 20-22 men gang raped her before putting burning cigarettes on her skin.

Reports also claimed that the victim passed away outside the office in the morning.

However, the news has turned out to be fake.

Chhipa rescue spokesperson said that the body, which social media claims is of victim, is a 35-year old drug addict woman and is still in morgue

TV actress Komal Aziz Khan also raised her voice along with thousands of other social media users to demand an investigation into the case.

She took to her Instagram and urged the UN Women to take notice of the alleged gang rape case inside the premises of  Artistic Milliners.